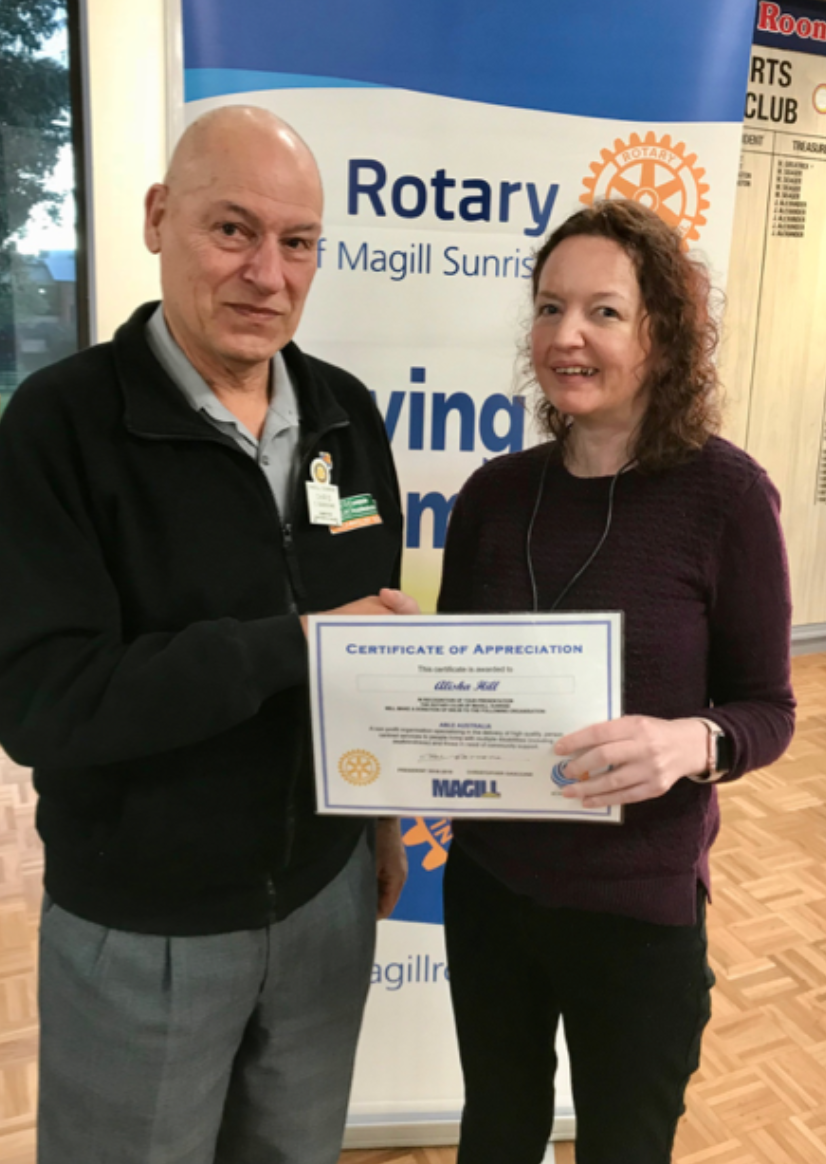 John Kennedy, Carol McKenzie, and Kirsty Stark offered their apologies. Apart from Carol, John and Kirsty were on the sick list, so we wish them a speedy recovery.

Apart from being the daughter of members Colin & Pauline Hill, Alisha has been, in the past, a cook for our club’s meetings here at Heccie’s and a close colleague of member Julie Carman as a teacher of ‘English as a Second Language’. However, as a result of brain tumours, she lost hearing in her right ear about 7 years ago, and suffered significant loss in her left ear sometime later. Alisha totally blind in one eye with significant loss of vision in the other. She now works as a Community Development Worker with Able Australia, an organisation started in Victoria 50 years ago.

Deafblind Awareness Week is held in late May, aligned with the anniversary of the birth of Helen Keller, who became deafblind as a very young child. A play and movie both with the title ‘The Miracle Worker’ told the story of how Helen Keller learned to communicate with the help of Annie Sullivan (the miracle worker). See link: https://en.wikipedia.org/wiki/The_Miracle_Worker

Alisha went on to explain that the term “Deafblind” seems to have no formal recognition in SA and these visual and aural impairments are treated as completely separate conditions instead of one, namely ‘deaf/blind.’ A medical professional may tick the box for “loss of sight” on one line and then the box for “loss of hearing” on the very next line, but absolutely no connection is made between the two. Even in the Guide Dogs organisation, assistance for visual impairment is at one end, and audio impairment is at the opposite end, of the building. In practice, so often it is the case that hearing loss affects sight and sight loss affects hearing.

The prime causes for loss of sight and hearing are the contraction of Rubella (German measles) by the mother during pregnancy and accident or injury. It is estimated that there are about 35,000 deafblind people in Australia at the moment.

The major challenge of being deafblind is the loss of the ability to communicate with other people, leading to social isolation. Other challenges are balance problems, disorientation, lack of mobility and unemployment or underemployment, all of which may give rise to a serious case of depression. 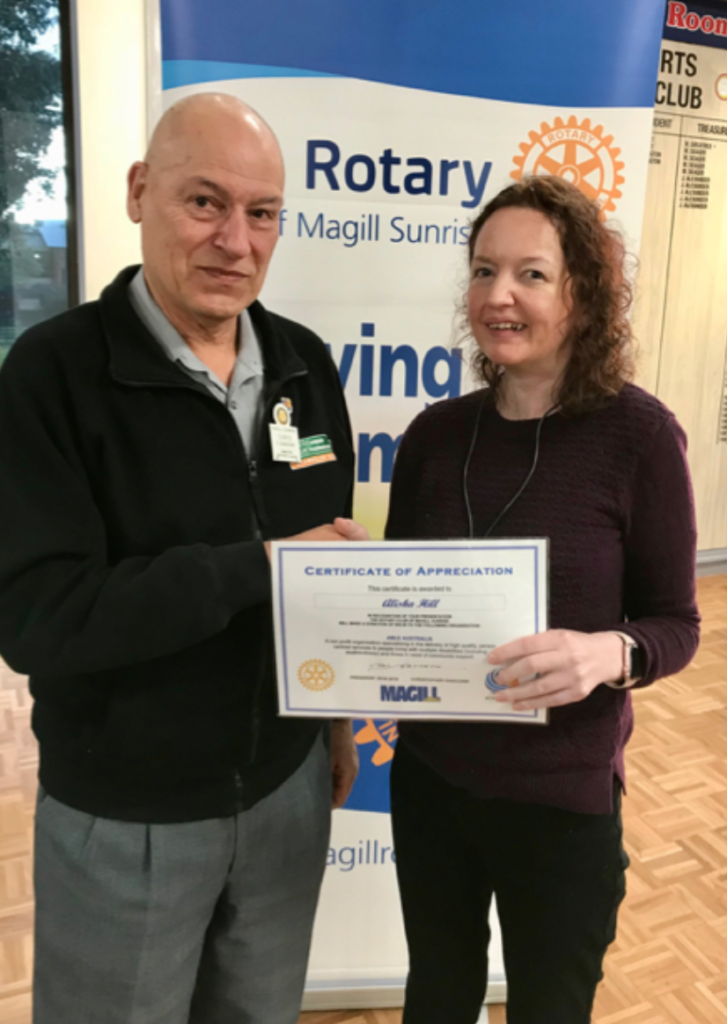 It was my pleasure to present Graham Holcroft (foundation member) with his Paul Harris Sapphire. Graham has given many years of service to our club. In addition, it appears that he he is the only club member able to store all of our property in an orderly manner, post Market, in the store room behind the Library provided to us. Well Done Graham. 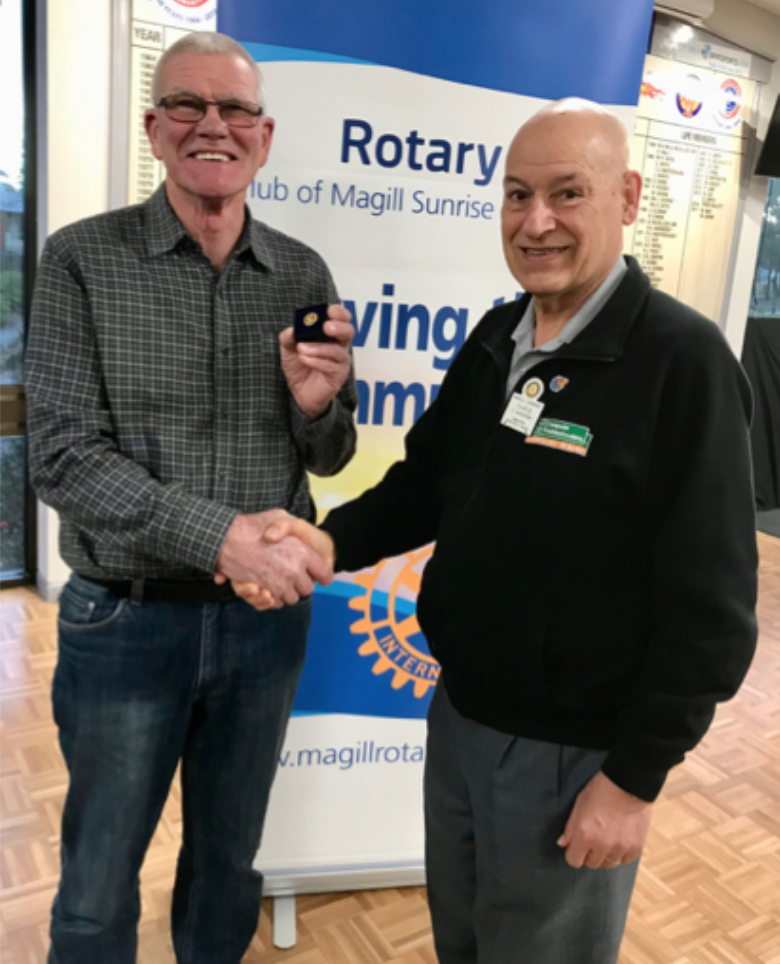