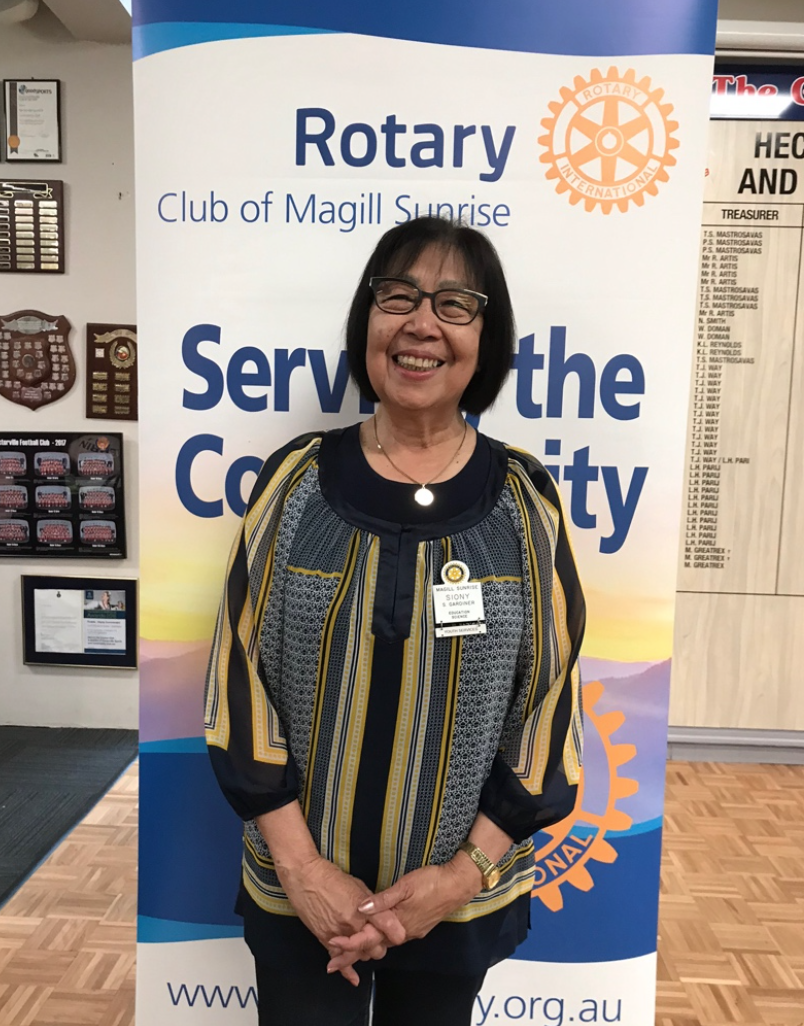 No guest speaker at this week’s meeting, but we were honoured with the presence of Jeff Neale from the Campbelltown Club. Carol McKenzie, Colin & Pauline Hill offered their apologies.

Club member Siony Gardner spoke to us about her homeland, the Philippines and in particular the role of women in that society. Maybe Siony wrote the following extract from Wikipedia because she expanded on the same points:

The Philippines is described to be a nation of strong women, who directly and indirectly run the family unit, businesses, government agencies and haciendas.

Although they generally define themselves in the milieu of a male-dominated post-colonial society, Filipino women live in a culture that is focused on the community, with the family as the main unit of society, but not always as this is a stereotype. It is in this framework of Philippine hierarchical structure, class differences, religious justifications, and living in a globally developing nation wherein Filipino women are respected well by men. Compared to other parts of Southeast Asia, women in Philippine society have always enjoyed a greater share of equality

Siony went to explain how the old colonial Spanish families ended up with the land leaving the native Malay inhabitants as landless peasants. Once the USA took control the Philippines in 1898 there was significant advancement in the education of not only women, but all inhabitants. Siony told us that a common goal for the parents of girls was for them to become nurses and then a high paying job in America.

Well done Siony on presenting a complex topic, made easy for us to understand. 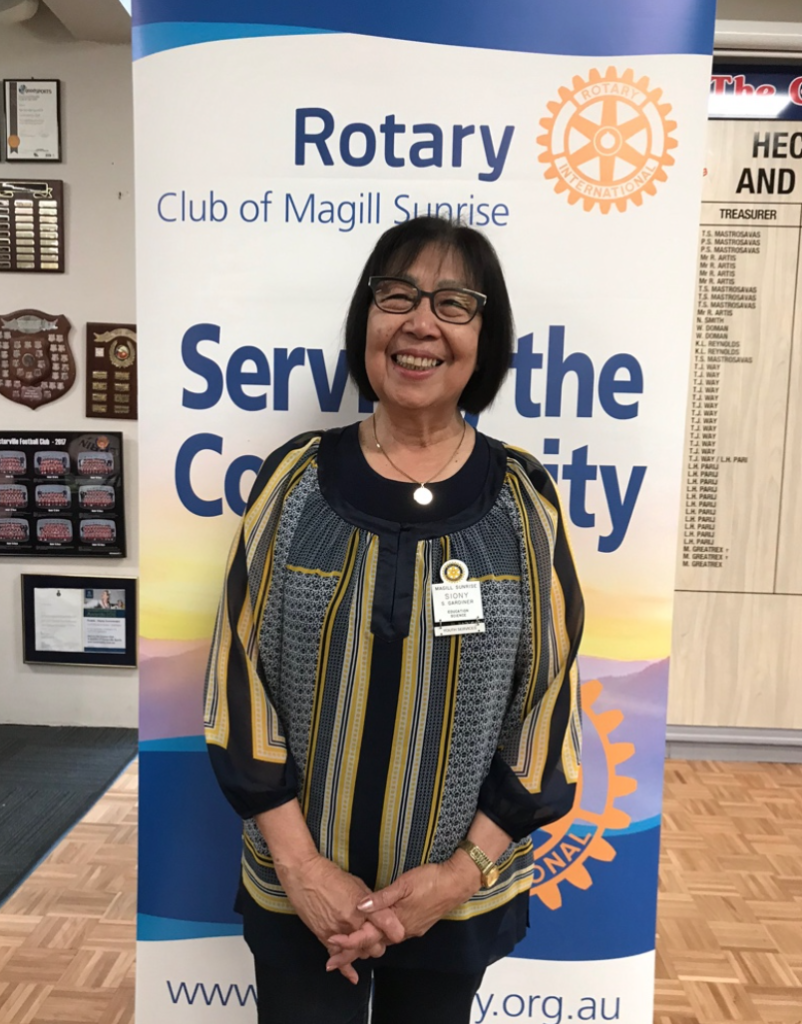 This Friday Mark Thompson will represent the club at the City of Campbelltown Council Chambers where graduates of Operation Flinders will be making a short presentation. Mark will be handing over $1,600 to Operation Flinders to fund one more attendee of the program (part proceeds from this year’s The Reel Event).

Stocks of Shelter Boxes have been depleted by the recent Indonesian tsunami, so the Club will be funding another Shelter Box. Shelter Box is like a sausage machine, one in, one out. Shelter Box can respond quickly to the next global emergency if clubs keeping topping up.

The Club will be donating $1,000 to Rotary Drought Relief.

Congratulations also to newly elected mayor, Jill Whittaker, who is on our ‘Friends of the Club’ mailing list.

Christmas Market – All Hands on Deck!

Greg reminded us that the last Magill Market for the year will be a bigger with extra stalls as well as our own raffle, so bring a Friend of the Club with you on the 9th December.

Sunday 16th December 5:30 PM, Nightingale Park. More details to follow. This will be in lieu of our usual meeting the following Tuesday and the last for the calendar year. bring a $10 Kringle (how’s this for an idea?).