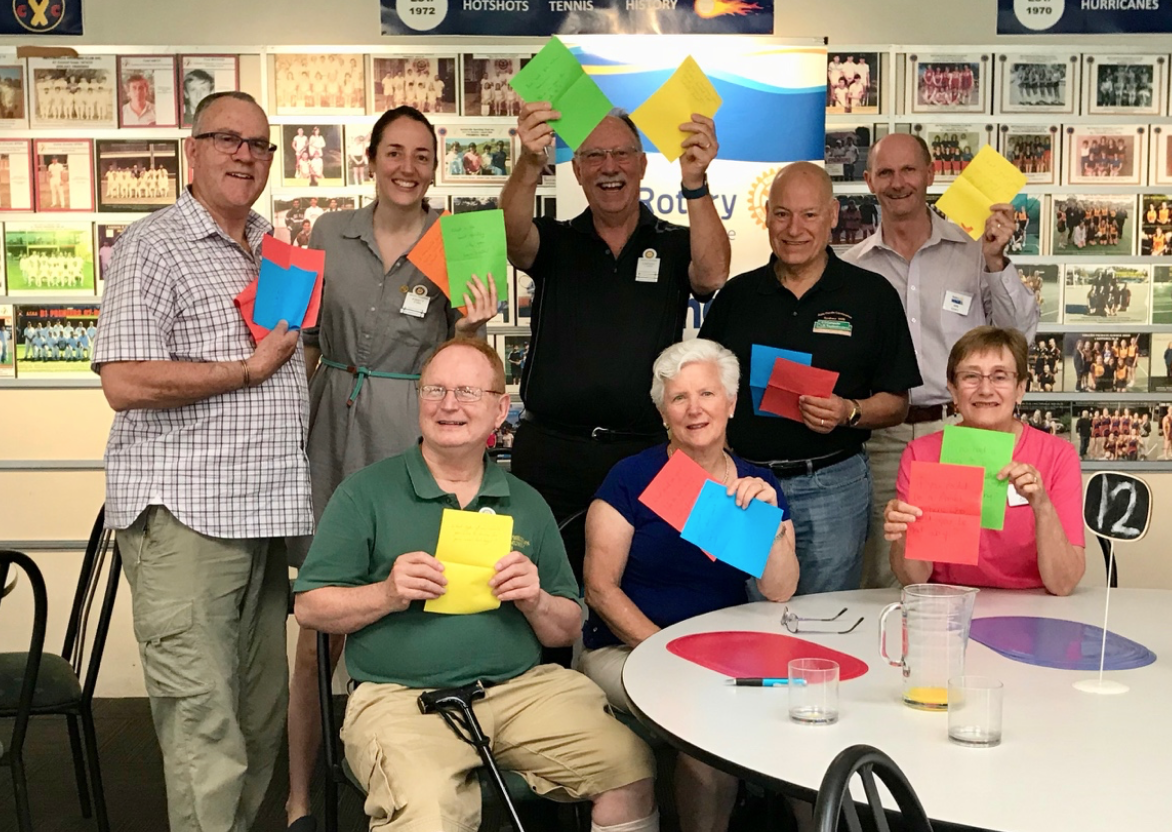 This morning Kirsty Stark spoke to us about the altMBA program (http://altmba.com) that she completed as a student, and now coaches other students. The program is run entirely online, via video calls and written submissions, so Kirsty has never met most of the coaches and students she works with in person. This virtual world will change, because at the end of November, she’ll be travelling to NYC to meet with 80 other coaches from around the world, as well as Seth Godin (https://www.sethgodin.com), the program’s designer.

Kirsty then ran an activity that has been used informally to help coaches get to know each other better. We each wrote down two questions on coloured paper, and took turns drawing a question out of the pile and answering it. It was a great way to learn things we didn’t know about other club members – such as, whether their favourite meal to cook, the movie they would watch over and over again, the thing they regretted not doing when they had the chance, the moment in life that gave them the most satisfaction, or what they would like to do in their remaining time.

Naturally, this activity created a few laughs, so thank you Kirsty and good luck in the Big Apple. 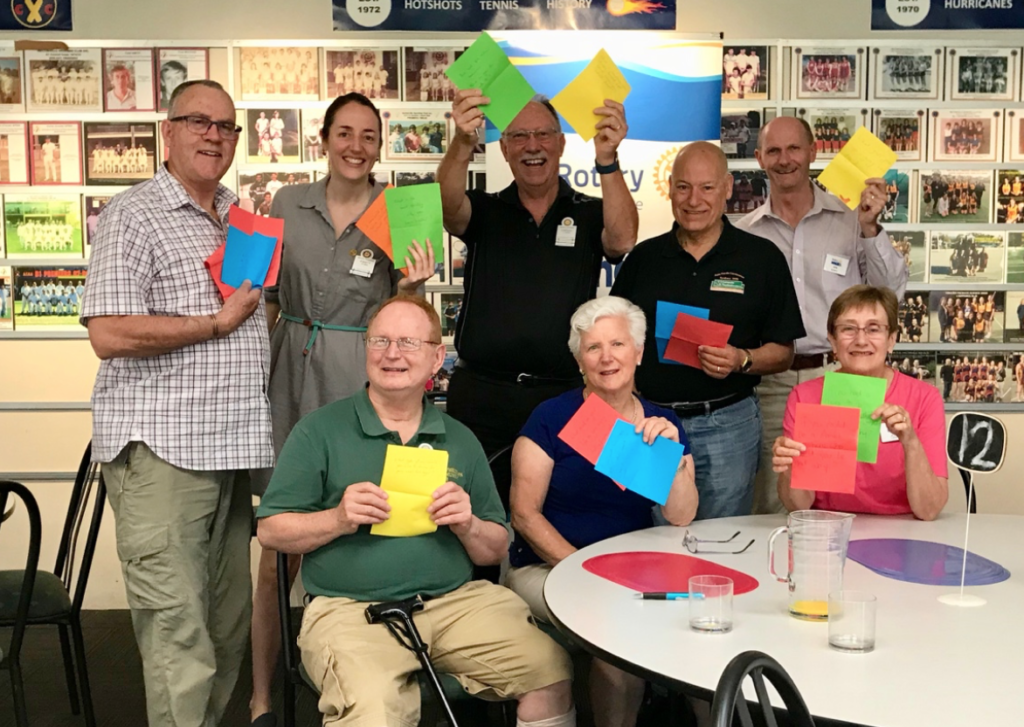 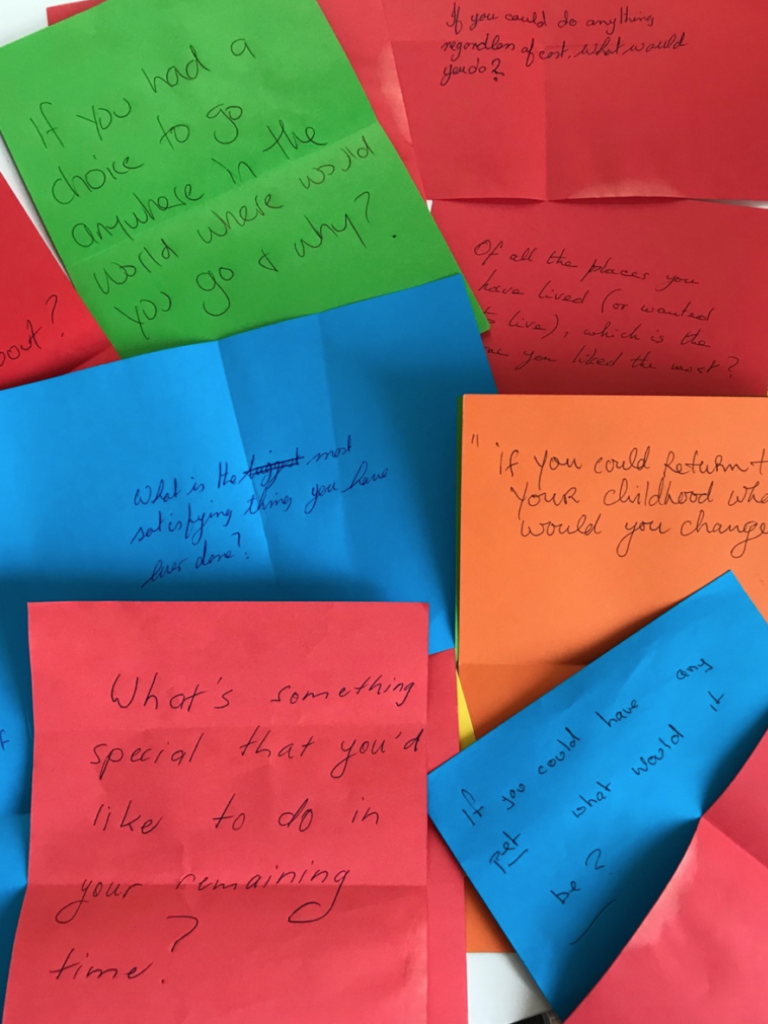 Graham was an apology Tuesday morning and there was a suggestion from your so-called mates that his winnings should go back into the kitty. Please try and make it next week Graham.

Service Above Self Award 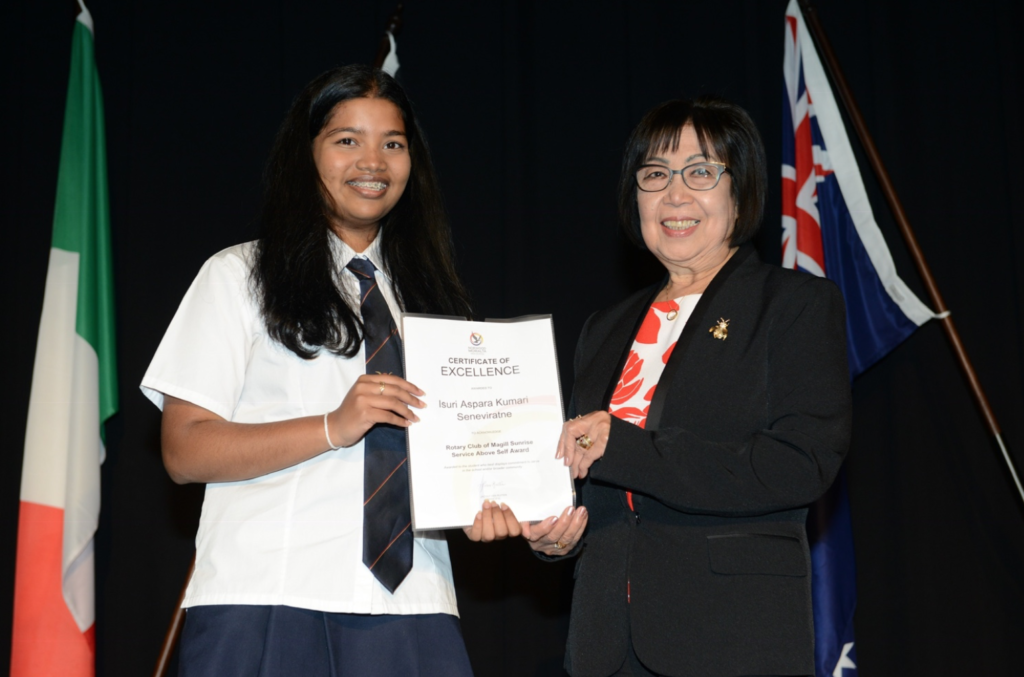 Greg reported that we had another successful Market last Sunday. In addition, Thommo recited the Ode to Remembrance, followed by The Last Post and observing a minute’s silence at 11:00 AM. 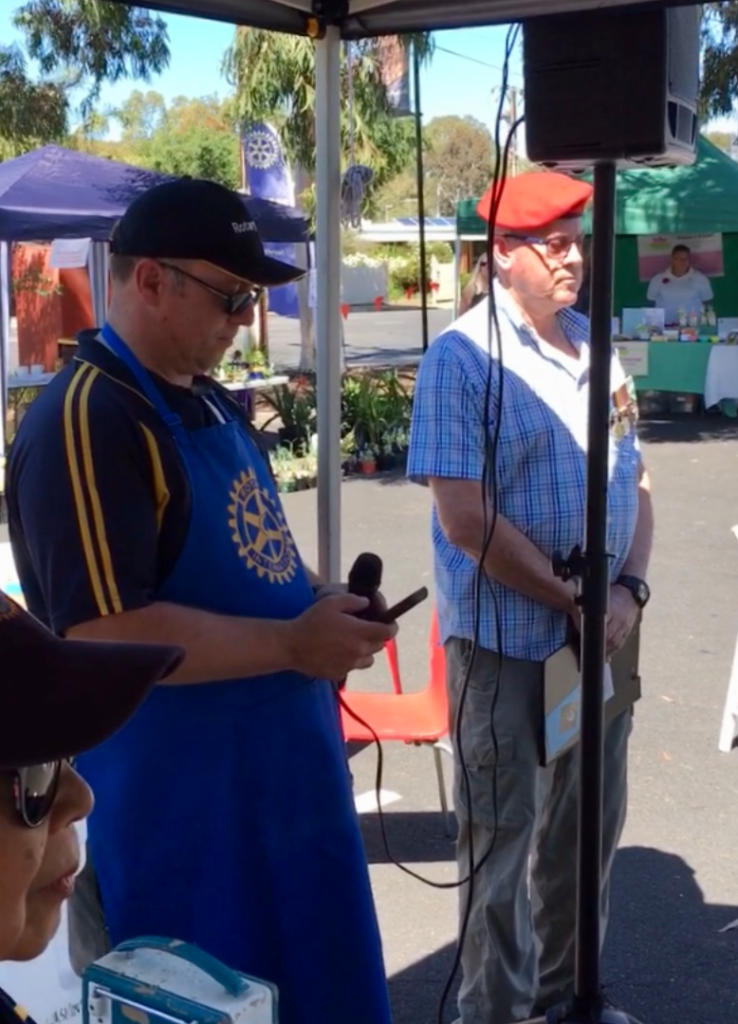